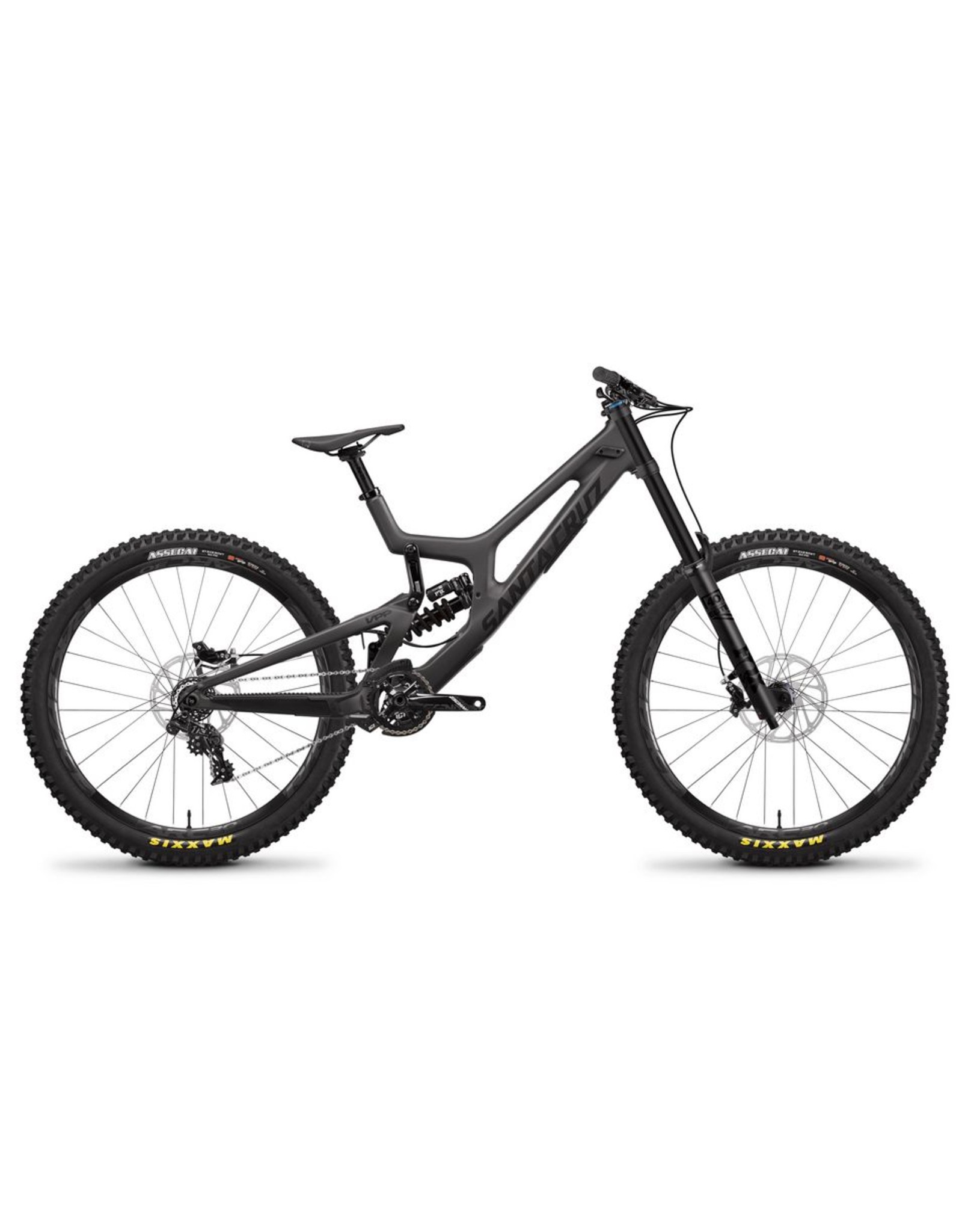 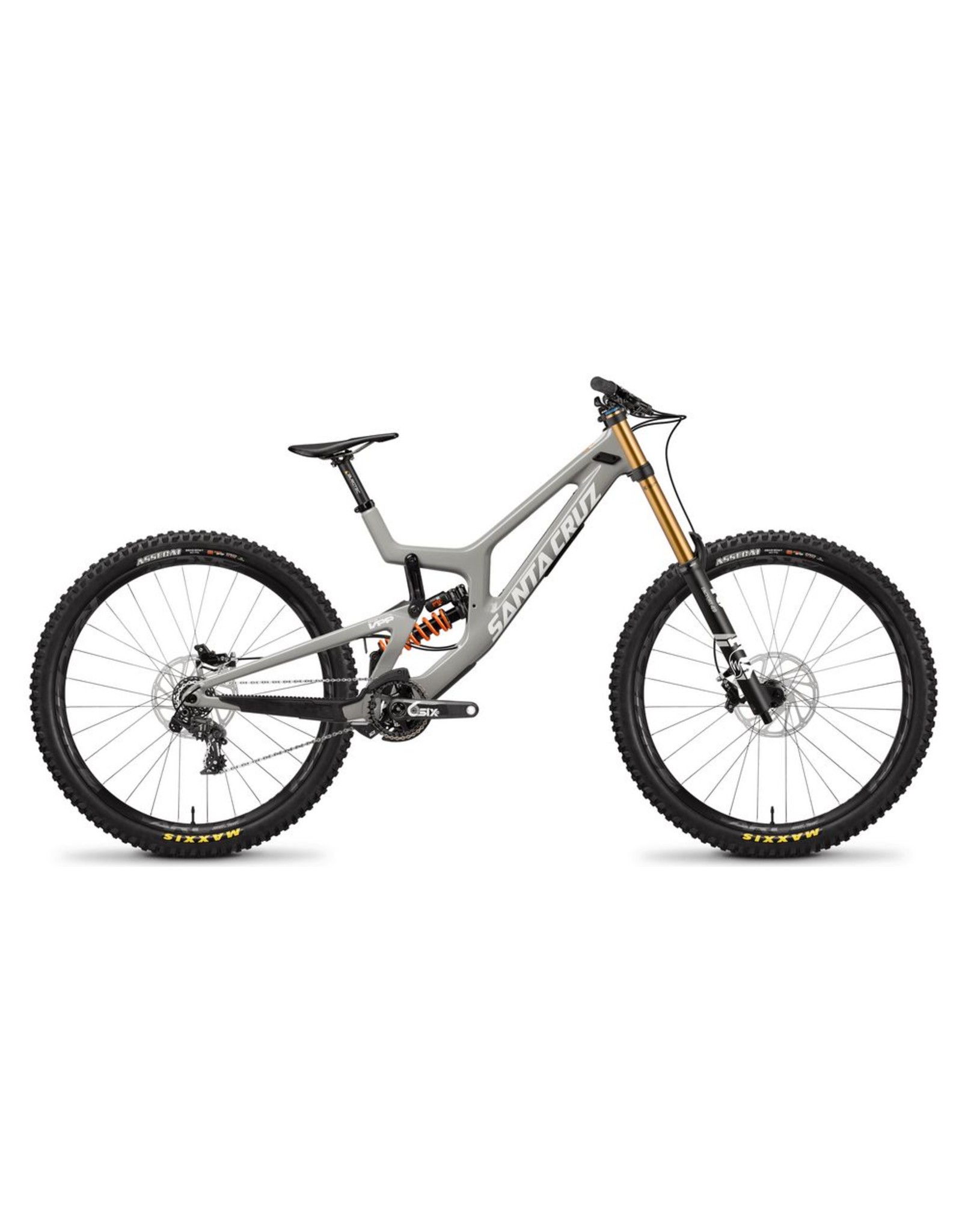 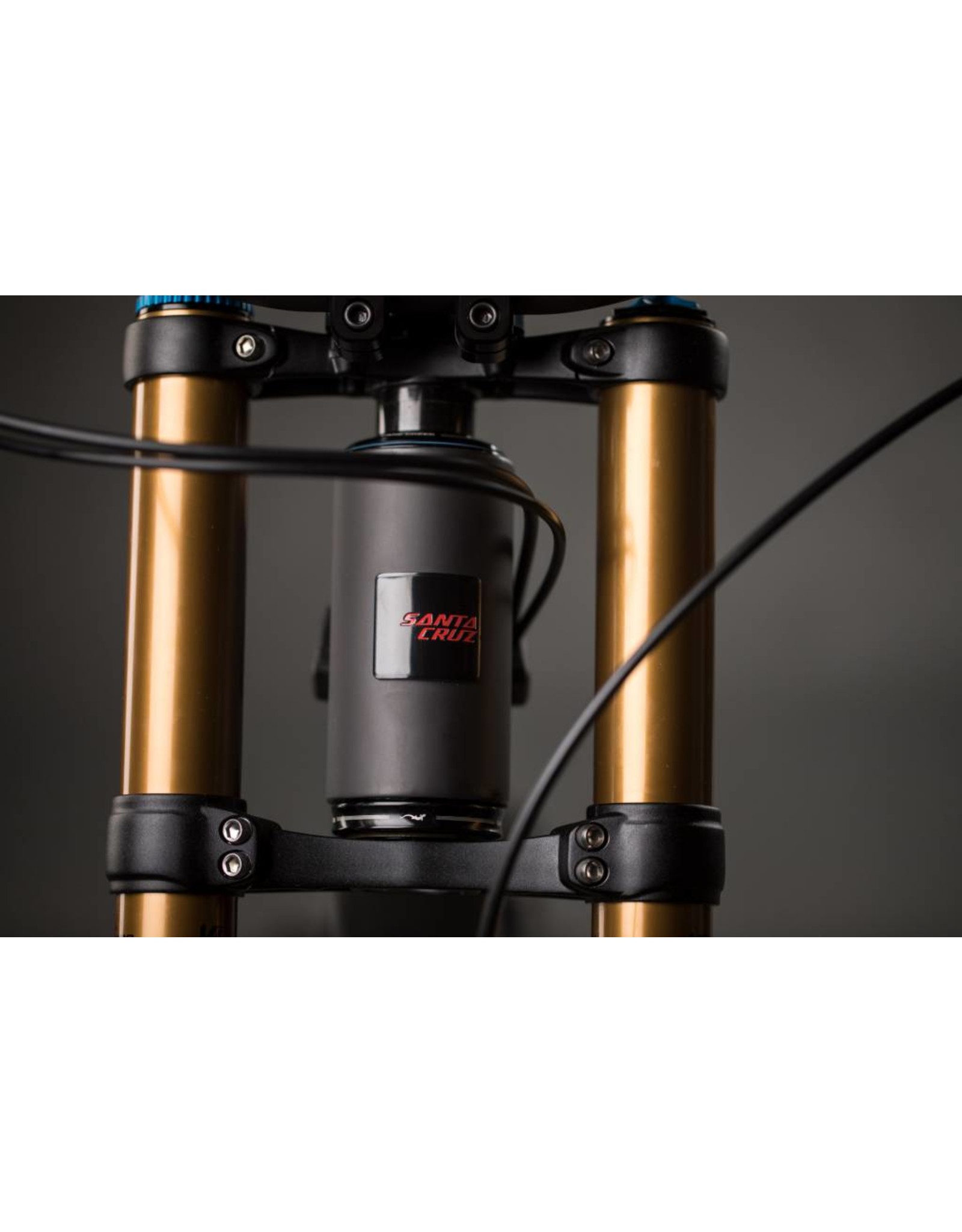 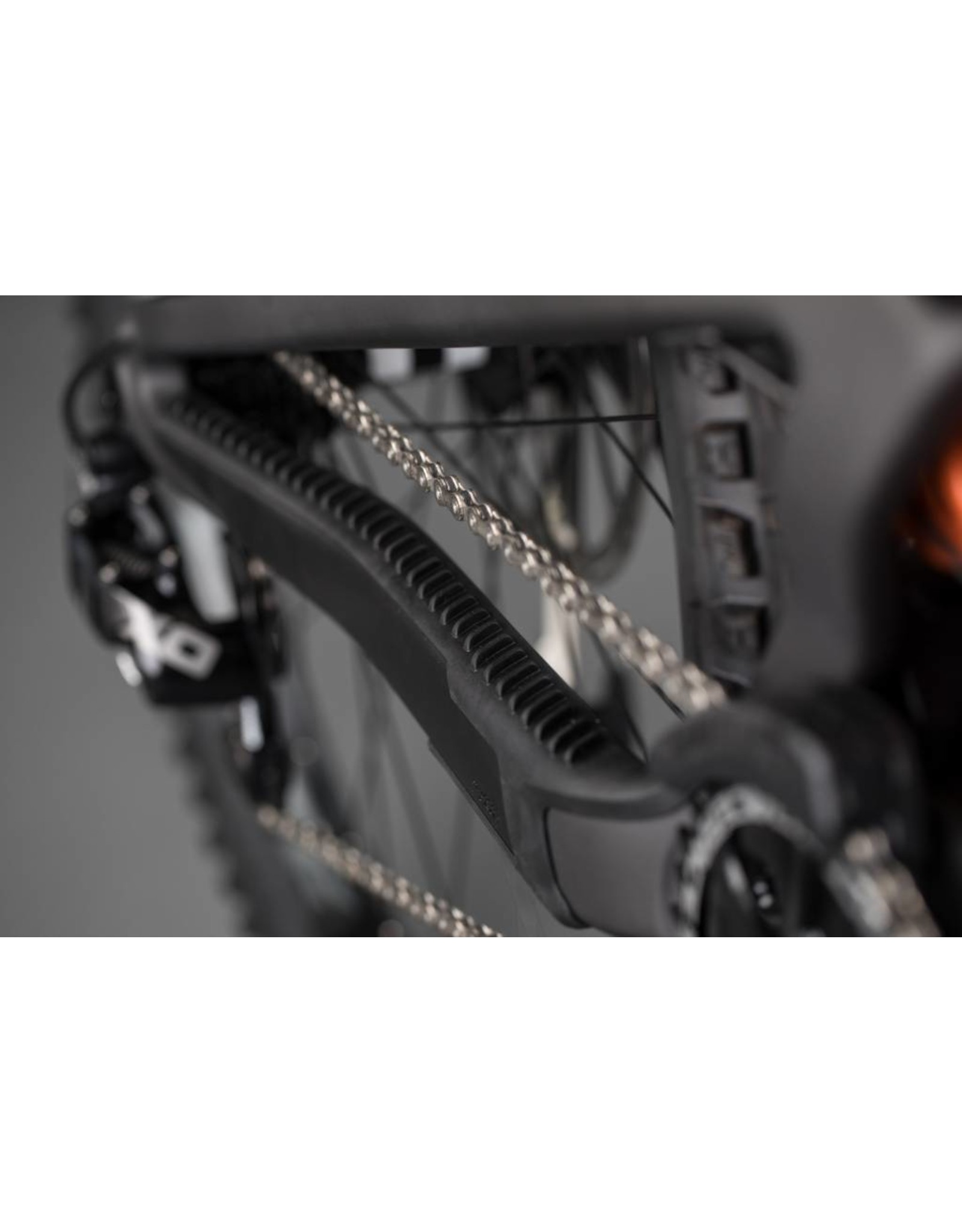 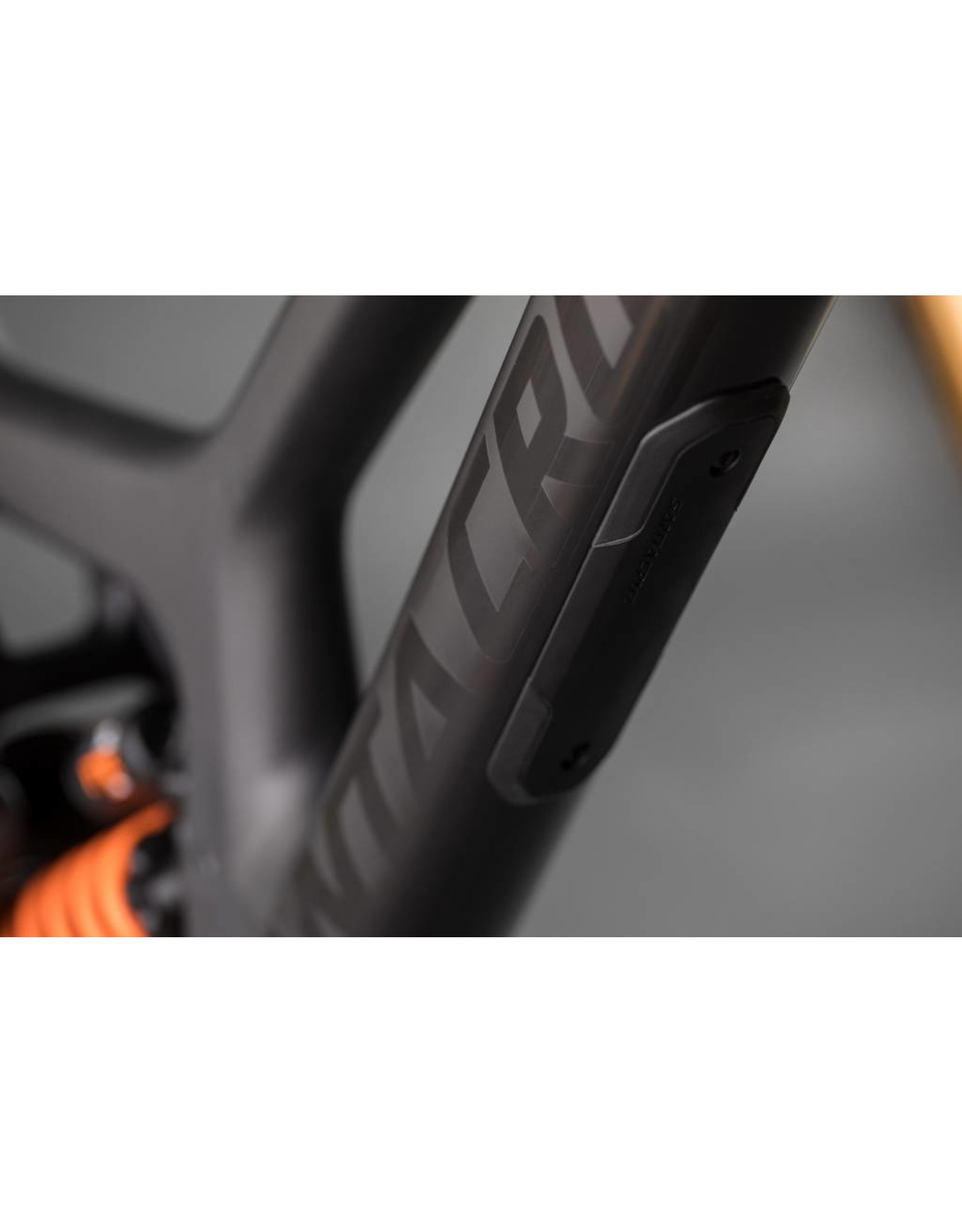 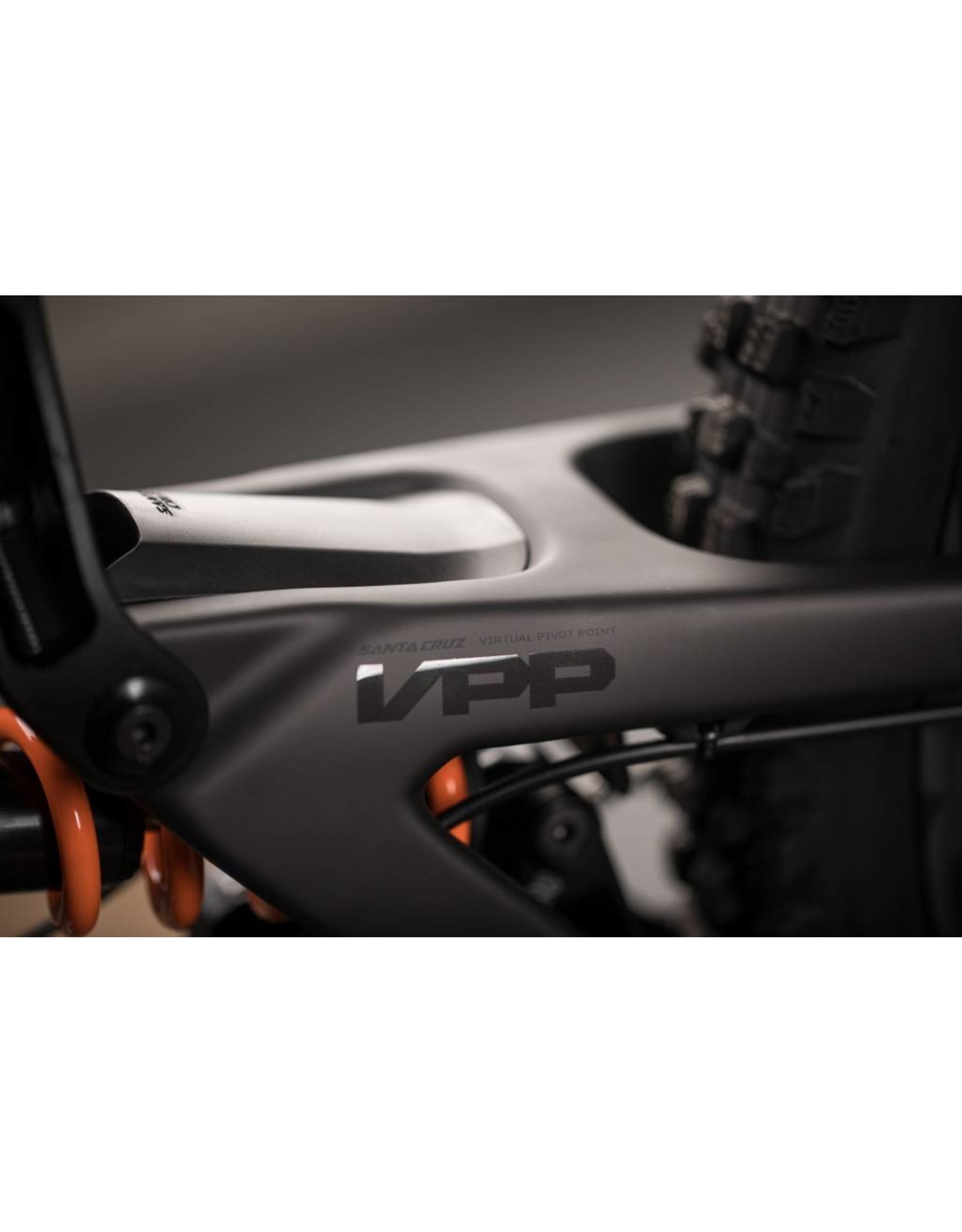 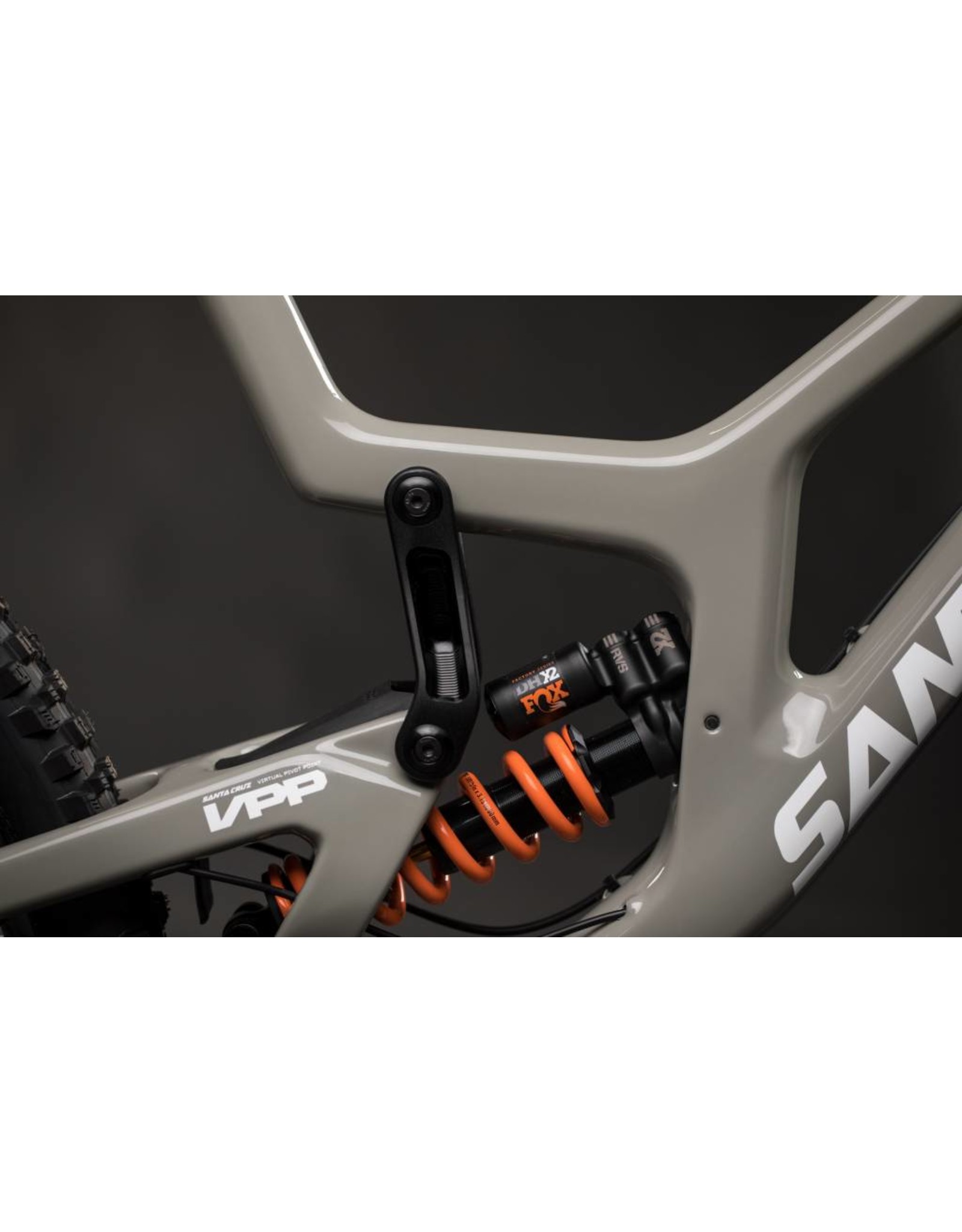 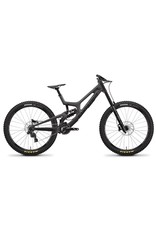 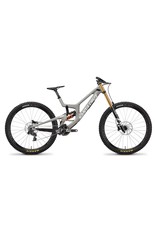 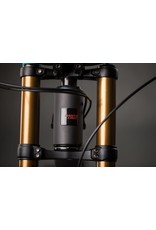 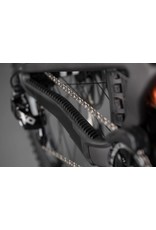 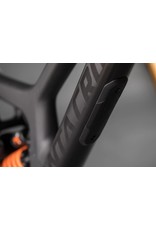 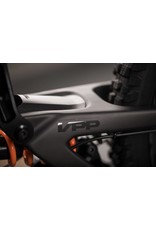 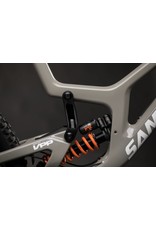 At the 2017 World Cup season opener in Lourdes, Loris Vergier, Luca Shaw, and Greg Minnaar qualified 1, 3, and 6 aboard the ‘controversy machine’—a V10 with a new swingarm rolling on 29-inch wheels.

The clouds broke open before the top qualifiers, soaking the track, and the question of technological supremacy would have to wait…for five weeks, when Greg Minnaar climbed to the top step at Ft. William for the seventh time.

The arms race was on.

Over the next winter, using what we learned during the 2017 race season, we set about designing an entirely new V10—longer reach, better shock rate, and better frame and cable protection. All three frame sizes (and Reserve carbon DH wheels) were designed and manufactured in time for a week of testing before the Ft. William World Cup in 2018. Greg crashed in those sessions, breaking his arm, and effectively ending his season. A few days later, Luca qualified first and Loris third on the new bike. Loris put down a scorcher in the finals that only fellow Frenchman Amaury Pierron could top, but Luca flatted high on course and had to cruise down.

The new school had arrived, and they had new wheels.

Testing continued throughout the 2018 season, usually in the form of link sets designed to tweak the shock rate or make minor alterations in geometry. We had the big variables figured out, but fine-tuning the suspension under the Syndicate during World Cup season guaranteed regular, high-level feedback and lots of high-stakes puzzling. The result is perhaps the most refined suspension performance available outside of a World Cup pit.

That brings us to now—kind of.

Pairing 29-inch wheels with 215mm of travel makes a juggernaut of a race bike, but racing isn’t everything. Depending on the type of trails or riding style you’re into, breaking out the biggest artillery might not be ideal. Rider height also looms large when deciding which wheel size is optimal and a lot of people may opt for smaller wheels.

No compromises, no gimmicks, no shortcuts—it was designed in parallel to the 29er V10 as an original suspension platform and chassis. The 27.5 bike comes in Small, Medium, and Large, while the 29 comes in Medium, Large, and XL. Make your choice according to your size or riding style, and you’ll be the recipient of every bit of work and puzzling that’s gone into the Syndicate’s race bikes.

The most successful bike in downhill history shows no signs of slowing down.

IN STORE PICK-UP ONLY!